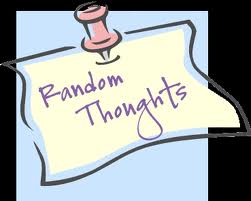 A theological reflection … We are now living and ministering in a different environment and we need to think differently in response to this change.

Here are some thoughts from Walter Brueggemann's insightful book, Cadences of Home: Preaching Among Exiles where he encourages us to rethink various church models through Scripture:

1. The Israelite Monarchy (approximately 400 years long) – the center of the Old Testament is the Jerusalem establishment of monarchy and dynasty (from David in 1000 BC to 587 BC). Israel is both state and church and it is a model that dominates many people’s thinking even to this day. There was the temple and the priesthood, the civil leadership of the kings, the wisdom of the sages (Proverbs), and the witness of the prophets. This view serves well the interest of an established, culturally legitimized church (a temple community). It is characterized by security, formality and stability – yet it is a model never to be repeated for Israel.

2. Israel before the Monarchy (approximately 250 years) – from Moses to David (1250-1000 BC). Life was shaped by the Exodus liturgy, the meeting at Sinai, the reinterpretation of Torah, no stable institutions, nor unified community. They lived on the margins in the “wilderness.” it was a time of informality, instability and uncertainty. This view serves well the concept of a new church plant or startup.

3. Post-exilic Israel (approximately 600 years) – at the other end of the Old Testament we have another model for the community of faith. The temple had come to an abrupt end, as had the role of the king and the prophet. Israel had little influence over public policy, experienced temptations to cultural syncretism and the disappearance of a distinct identity, was focused on survival strategies (recovery of memory and rootage and connectedness, as well as intense practice of hope and becoming a textual community). So emerged the synagogue and the rabbis. It was a textual community. Ezra is an example of a new church start leader, reformulating faith in radical ways with strategies of survival as an alternative community.

How does understanding our context affect the way we carry out our faith and live in our world? Notice the different approach of Elijah the prophet confronting King Ahab for example in period #1 above compared to how Daniel the prophet functioned in speaking for God in Babylon in period #3.

EXILE is a helpful metaphor for understanding our current faith situation in the Western world and a model for pondering new forms of ecclesiology. This exile is not primarily geographical, but it is social, moral and cultural. In many ways, we are “resident aliens” due to the marginalization of faith and the changed social reality. We are now required to live in a new situation that feels less than “home.” A deep sense of displacement touches us all in personal and public ways.

The twin temptations of exile are despair and assimilation – to give up a peculiar identity for a less-demanding, less-risky identity. The danger in exile is also to become so preoccupied with self that one cannot get outside one’s self to rethink, reimagine, and re-describe larger reality.

There are a number of examples from biblical times who can assist us in our current context as "exiles:"

1.  Joseph [Egypt] shows the capacity of an Israelite to co-operate fully with the established regime and yet at the same time to maintain an edge of discernment that permitted him to look out for his own people and be an instrument for carrying out the purposes of God in his generation. He did not full adopt the reality defined by his overlords.

2.  Esther [Persia] shows a courageous Jew who was able to outflank established power, to gain not only honor for herself but well-being for her people.

3.  Daniel [Babylon] shows a young man pressed into civil service of the empire, able to exercise authority in the empire precisely because he maintained a sense of self-rooted identity outside the empire.

None of these examples show us withdrawal in any sense and Jeremiah told the people to “seek the welfare (shalom) of the city where God had sent them into exile [Babylon], praying to the Lord on its behalf, for in its welfare (shalom), they would find welfare (shalom).” [Jer.29:7]

They were all “bi-lingual” people – knowing the speech of the empire and being willing to use it but never forgetting the cadences of their “mother tongue.” We too are exiles awaiting and hoping for the homecoming of the kingdom of God to our world.

Exiles over kings … just a thought.