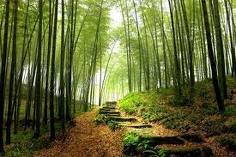 The prophet Jeremiah lived and ministered in a time of growing spiritual apathy and moral decline. Despite repeated warnings, God's people were drifting away from Him. As a result, instead of being a positive influence on the surrounding nations, they were becoming just like them. They had already fallen from the height and splendour of David and Solomon's time, now long forgotten. Little did they know that they were very close to seeing Jerusalem destroyed. Before long they would be carried away into captivity by the cruel Babylonians.

Jeremiah prophesied words of warning and also words of hope. He called the people back to God. At one point he says,

“Stand at the crossroads and look; ask for the ancient paths, ask where the good way is, and walk in it, and you will find rest for your souls (Jeremiah 6:16).”

Unfortunately, they didn't listen. They continued on their own way … and suffered the consequences.

Here we are, thousands of years later. In many ways, we live in a somewhat similar situation. In the West, the influence of the church on society is in decline. The church has been pushed to the margins of our culture and few seem to be concerned. At times, "Christians" don't seem to be much different from their "non-Christian" neighbours. Is this what Jesus had in mind? Or are we missing something?

According to speaker and author Dallas Willard, the "Great Commission" which Jesus gave has become the "Great Omission." The church at large seems to be doing everything BUT the main thing Jesus gave us to do – "make disciples." Has the "gospel" become merely a fire escape from hell to ensure that we get to heaven when we die … rather than about living the life of Jesus … right here right now on earth?

This coming weekend, we will be starting a new series of messages at CityLife Church called "Ancient Practices." We will be looking at the core mission of the church as being that of "making disciples" and over the course of the series we will look at some of the practices that disciples can engage in to position themselves to allow the Holy Spirit to transform them. After all, social transformation begins with genuine personal transformation.

Maybe we need to face these new contemporary challenges with age-old wisdom. To move forward we may need to first look backward. When we drift off course, it's time to find our way again … back on the ancient paths.

8 thoughts on “The Ancient Paths”