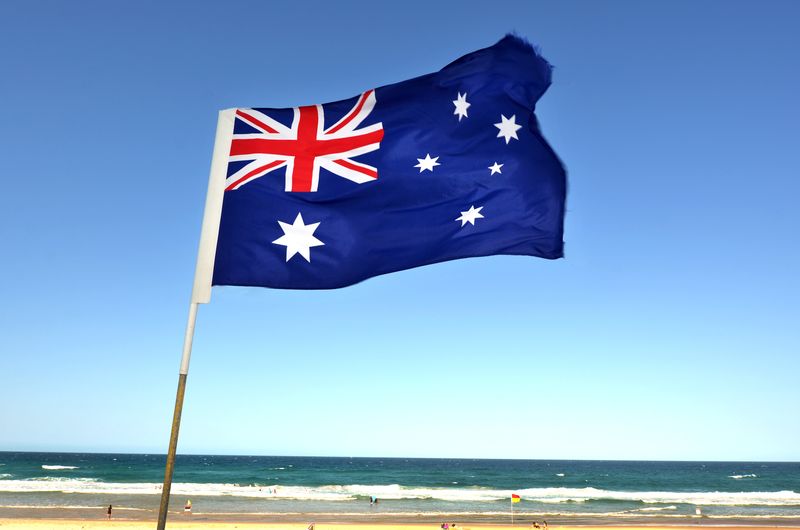 As a nation, there are traits that have defined Australia for decades, but as the times shift and trends emerge McCrindle Research takes a look at the extent to which these are still relevant in defining us today.

Statistics show that Australia is doing better than ever when it comes to health, education, economic opportunities, and even political participation.

The economy is on a steady increase, even despite a recent global economic crisis. Cash flow is increasing with the net disposable income for everyday Australians now $10,000 more than it was a decade ago.

We value independence but in a community-minded way. As Aussies we recognise that individual achievement rarely occurs without a helping hand from others. After all we call this the lucky country—we don’t take the credit for it all ourselves. Despite our differences we know that when adversity strikes, whether in the form of personal tragedy, natural disasters or international conflict, there’ll usually be a fellow Aussie there to help out. It’s the tradition of the digger, the character of mateship, and it’s still the essence of the Australian community

Australia’s population exceeded 23 million on 23 April 2013. Having doubled since 1966, this rise is fuelled by an increase in birth rate, life expectancy and migration. These factors have allowed Australia to grow at a rate of 1.7% per year, above the world average of 1.0%. Not only is Australia the fastest growing OECD nation, but its population is increasing faster than Indonesia, India, and Malaysia.

The Top 5 industries 30 years ago were all industrial (mining, utilities, manufacturing, construction, and transport) whereas today there has been a shift to professional industries (Top 5 are mining, technical, IT, financial, and utilities).

While once derogatorily referred to as the world’s quarry, it turns out that we are the clever country after all with more people than ever employed in science and technical roles. The Australian workforce has undergone significant structural change and we’ve moved from an industrial base to a knowledge base.

4. The Land of the Middle Class

Australia is the land of the fair go, where people are taken at face value and class and values based on where people are from or where they were educated don’t rate highly in interactions. Lifestyles are busy and our lives are complex but our culture is down-to-earth, and mainstream recreations are simple. Regardless of income or social status, there are rich pleasures offered in Australia, and these are all the more appreciated in times of rising living costs.

It is a collaborative rather than individualistic culture and this teamwork, a mix of mateship and altruism, creates a context where neighbourhoods and communities are defined by diversity and connecting rather than class and hierarchies

Australia has always been an entrepreneurial nation, with small business the backbone of the economy and the labour force. The Australian spirit of independence, a DIY attitude and the courage to give things a go are strongly demonstrated in these latest business statistics. The tough economic times and the terrain in which small business operates is having an impact, however, with only half (51%) of new business starts surviving 4 years in operation. For many Australians, the entrepreneurial dream is still alive but as demonstrated by the survival rates of new businesses, without better support, only a minority will achieve success.

6. Land of the Long Weekend

Australians enjoy between 11 and 12 public holidays in addition to the 4 weeks annual leave for employees, which is more public holidays than many countries, and twice the annual leave of the average worker in the US. However Australians also work amongst the longest hours when compared to other developed nations and some of the most years of schooling. The “no worries” attitude is strong but it is more “no worries- we’ll sort it out” rather than “no worries- she’ll be right”. The “can-do” culture balances the “long weekend” mindset to shape a people who enjoy time off and know how to holiday- but work hard to earn the break.

7. The Tryanny of Distance

While Australia is warmly referred to as the land down under, the isolation and distance that the term once communicated is not the case today. While Australia is geographically a long way from the UK, it’s historical and population links with the “old country” remain strong. More importantly, it is closely located to the new epicentre of economic growth in Asia. Australia is a regional hub for many multinational organisations with operations in Asia, and is in its own right a globally connected, business influencer, cultural exporter and regional leader. The cultural cringe has given way to sophistication, cultural diversity and global influence.

For more on the facts and figures of Australia, be sure to check out the Australia Street Video Animation and Infographic (see below). 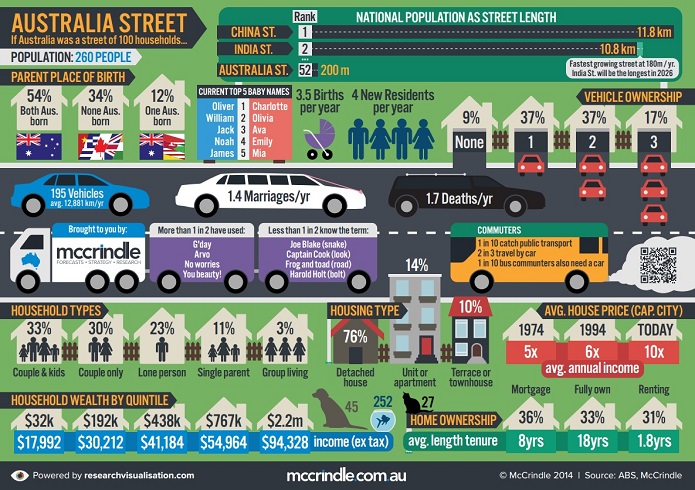