Jesus, Born to be King 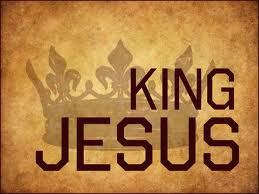 Christmas draws our attention to the arrival of Jesus on the
earth as a small baby over 2,000 years ago. It provides an opportunity to
reflect on his life and how He intersects with our life, wherever we may be on
our journey. Jesus is known by many titles, each describing part of who
he is and/or a role that he fulfils. We can think of Jesus as Saviour and Immanuel. Jesus was also called the
Messiah or the Christ, which means ‘anointed one’, as well as Son of Man (his humanity) and
Son of God (his deity).

I love how one old preacher described Jesus in 'That's My King!' As we read the Gospels, one title rings loud and
clear – that of King. The first disciples saw Jesus as Israel’s long awaited
King.

Matthew’s dominating idea for his Gospel is
presenting Jesus as King. He continually shows the royalty of Jesus. Right at
the beginning the genealogy is presented in order to prove that Jesus is the Son of David
(Matthew 1:1–17). The title, Son of David, is used more frequently in Matthew than in any other gospel (see Matthew 15:22; 21:9; 21:15).

After the resurrection of Jesus, his followers saw Him as
not just Israel’s promised King and Messiah but also as the King who was
sovereign over the entire world, including Caesar (Acts 17:5-7). The early church declared Jesus as King over all kings both
now and in his return (1 Timothy 6:15. Revelation 19:16). They worshipped Jesus as the Son of God and the King who was
and is reigning now. They saw themselves as kings and priests, representing God's rule and work on the earth. They waited expectantly for his return and the full
realisation of His kingdom on earth as it is in heaven (something they prayed for regularly, as Jesus taught them). They understood Jesus’ message of kingdom and cross (suffering) as something that they would need to embrace in this life too.

How do we know that
God is first in our lives? What are the indicators? Consider your relationships, your priorities, your interests, as well as the use of your time and your finances.

General William
Booth was the founder of the Salvation Army. Toward the end of his career, he
was interviewed by the press. As he looked back over his lifetime, this is what
he said: “God had all there was of me. There have been others who had greater
plans and greater opportunities than I; but from the day I had a vision of what
God could do, I made up my mind that God would have all there was of William
Booth.” Does Jesus have all of you?

Being a disciple of Jesus or a “Christian” is not just about
having your sins forgiven and knowing that you will go to heaven when you die.
It is about living life here and now under new management – under the new
leadership of King Jesus. It is seeing Him as the Lord and therefore the Leader
of your life. Life is about following Him and partnering with the work he is
doing in history as your story contributes to HIS story. Surrender afresh to his loving leadership. He is a leader worth
following and he knows best. His desire for your is life to the full (John 10:10).