Jesus in all the Books of the Bible 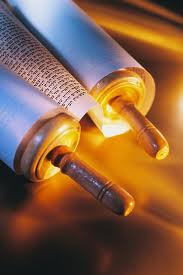 Luke tells us a story of two disciples who were sad and discouraged by the recent events they had experienced in the city of Jerusalem (Luke 24:13-35).They had hoped that this man called Jesus would have been the Messiah – the one who would deliver Israel.There were so many expectations raised by the birth of this child just a few decades earlier – barren women giving birth in old age, angels appearing, wise men coming from the East and prophetic words being given. But now Jesus was dead. Instead of overthrowing the pagans, he had been crucified by them!

Suddenly, a stranger joins them as they journey on the Road to Emmaus. Amazingly, he begins to show them that the whole story (not just a few isolated, random texts), from Genesis to Chronicles (the last book of the Hebrew Bible, the prophets came earlier), was about what Jesus had just accomplished. They had been reading the Bible through the wrong end of the telescope. They had been seeing it as the long story of how God would redeem Israel from suffering, but it was instead the story of how God would redeem Israel through suffering. NO ONE had seen that.

We're not sure what this stranger actually said, but maybe it was something like this …

In Genesis, Jesus is the Creator of all, the seed of the woman and the only begotten son.

In Exodus, He is the Passover lamb.

In Leviticus, He is our high priest, our sacrifice and way of approach.

In Deuteronomy, He is a city of refuge.

In Joshua, He is the Captain of the Lord's Hosts.

In Judges, He is our deliverer.

In Ruth, He is our kinsman redeemer.

In 1st and 2nd Samuel, He is our prophet and priest.

In Kings and Chronicles, He is our reigning King.

In Ezra, He is the true and faithful scribe, bringing us God's words.

In Nehemiah, He is the re-builder of the broken walls.

In Esther, He is the preserve of God;s people.

In Job, He is the Redeemer who lives.

In Psalms, He is our song and our Shepherd.

In Proverbs, He is our wisdom.

In Ecclesiastes, He is the teacher.

In the Song of Solomon, He is the lover of our soul.

In Isaiah, He is the Prince of peace.

In Jeremiah and Lamentations,  is the weeping prophet.

In Ezekiel, He is the person with four faces.

In Daniel, He is the fourth person in the fiery furnace.

In Hosea, He is the faithful husband.

In Joel, He is the baptiser in the Spirit.

In Amos, He is our burden bearer.

In Obadiah, He is the Lord our Saviour.

In Jonah, He is the great missionary.

In Micah, He is the promise of peace.

In Nahum, He is our strength and shield.

In Habakkuk, He is the Watchman that is ever praying for revival.

In Zephaniah, He is the Lord Mighty to save.

In Haggai, He is the builder of God’s house.

In Zechariah, He is our fountain and the branch.

In Malachi, He is the Son of righteousness rising with healing in his wings, the refiner and purifier of his people.

For those of us with a New Testament, maybe he would have said …

In Matthew, He is the Christ, the Son of the Living God.

In Mark, He is the suffering servant.

In Luke, He is the son of man.

In Acts, He is the Head of the church.

In Romans, He is our righteousness.

In 2 Corinthians, He is the triumphant one giving life.

In Galatians, He is our freedom.

In Ephesians, He is the fullness of God in bodily form.

In Philippians, He is our joy, our life, our goal and our strength.

In Colossians, we are complete in Him.

In 1 and 2 Thessalonians, He is our soon Coming King.

In Titus, He is our Blessed Hope.

In Philemon, He is a Friend that sticks closer than a brother.

In Hebrews, He is the author and finisher of your faith.

In James, He is the Lord who heals the sick.

In Revelation, He is the King of Kings, the Lord of Lords, the Lamb of God, the Alpha and Omega, the Lord Jesus Christ!

By the end, these two disciples had experienced a reversal of emotions – from dejection to burning enthusiasm! AS they welcomed this stranger into their home (he acted as if he would go on), their eyes were opened as he broke bread with them and they realised it was Jesus!

May Jesus open His Word afresh to us as this time and may we welcome him into our hearts and our world, so that we may have a fresh revelation of Him at this time.

9 thoughts on “Jesus in all the Books of the Bible”