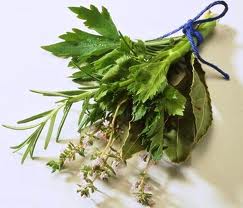 In Matthew 23, we have a record of Jesus’ strong condemnation of the religious leaders of his day, who had not led the people faithfully and who had become hypocritical and legalistic. Here is one of the seven “woe’s” he gave them: “What sorrow awaits you teachers of religious law and you Pharisees. Hypocrites! For you are careful to tithe even the tiniest income from your herb gardens, but you ignore the more important aspects of the law — justice, mercy, and faith. You should tithe, yes, but do not neglect the more important things (NLT).”

To Tithe or Not to Tithe

The entire Israelite nation ran on a system of tithing, or of giving 10% of one’s income for the support of the Levites who worked at the temple and the needs of the poor (Deut.14:22. Lev.27:30). Being primarily an agrarian society, this mainly included the giving of produce from the farms.  Mint, dill and cumin were herbs (spices) from the kitchen garden and they were only grown in very small quantities and to tithe them would be such a small amount that most people would not have even worried about it. But the Pharisees were pedantic tithers!

Jesus actually commends them for their attention to such detail. Giving is important and we should honour God with our resources.

Some churches and preachers believe that all of the Old Testament laws of tithing still apply to Christians today. They believe that if Christians don’t tithe they are under a curse and will not receive the blessing of God in their lives (see Mal.3:8-12). I have even heard of one preacher who apparently said that there were people who were sick in his church – because they hadn’t been tithing faithfully! Other churches and preachers believe that the teaching about tithing is no longer relevant for Christians today and that we are no longer under these laws. There are plenty of books and articles out there against tithing.

So what is the best approach to the matter of tithing? Under the New Covenant, everything (100%!) that we have is to be seen as belonging to God and available for his use at any time. The teaching in the New Testament about giving focuses on “generosity.” No specific percentage is mandated. Zaccheus gave half (50%) of his goods to the poor upon his conversion and Barnabas gave all (100%) of the proceeds of a block of land he sold for the work of the church in Jerusalem. Under grace, we give, not because we have to (out of a sense of duty) OR because we are afraid of being judged if we don’t, but because we want to – voluntarily, willingly, generously and joyfully (see Paul’s teaching in 2 Cor.8-9).

In our church community, we teach that giving 10% of our income to God’s work in the world, is an excellent principle (not a law). It is a regular reminder that all we have comes from God. It teaches us to live by faith, as we have to trust our 90% to go further with God's help than we could make our 100% go without God's assistance. It also helps us keep control of our finances. One of the major causes of financial difficulties today is people spending more then they are earning (whatever level of income they have). Regular giving and saving help to curb the spirit of greed in our culture, because they require us to live within our means, which is the key to financial freedom. Finally, it helps to resource the work of the local church. We are very thankful to our church members who commit to support the work of God through the church by giving 10% of their income. Without them, we could not be able to engage in the level of ministry we are involved in today, both locally and around the world. So for us, tithing is a practice that we as leaders model and one which we encourage all followers of Christ to adopt as part of their financial stewardship before God.

Notice that Jesus commends the Pharisees for handling their giving well. They went the extra mile when it came to their tithing and Jesus affirmed them for this (one of the few times he ever does so). However, there are other more important things …