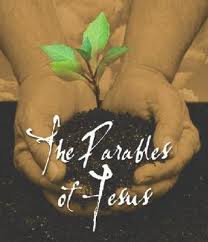 Jesus parables are among the best-known and most influential stories in the world. Even if people know nothing about Jesus, they either know about his stories or have encountered their impact in expressions like “prodigal” or “Good Samaritan.” The importance of the parables of Jesus cannot be over-estimated. Jesus was the master creator of story and nothing is so attractive and so compelling as a good story. Children (and adults) do not say, “Tell me some facts.” They want a story. Stories are inherently interesting. They entertain, involve, motivate and mirror our human existence.

Jesus was not the first or the only person to use parables. Parables are and virtually always have been a human means for persuading and enlightening. So Jesus’ parabolic teaching was not unique but we do not have any evidence that anyone prior to him used parables so frequently or forcefully as he did. He did not create the parabolic method; he honed and mastered it.

Parables make up about 35% of Jesus’ teaching in the Synoptic Gospels. There is little agreement on the number of parables, ranging from 37 to 65. Most of them are in Matthew and Luke, with only a few in Mark and none in John.

Stories enable us to see reality. They often force us to see from a new perspective. From this “other world” we are invited to understand, evaluate and hopefully, redirect our lives. Apart from personal experience, stories are one of the quickest ways of learning.

Jesus always had an agenda, an ‘intent,’ for every story he told. He used them to explain what God is like (who he is and how he acts), what the kingdom of God is like, and God’s intentions for humans (what they should and may become). This intent of Jesus (the teller or the author) must always be the goal as we seek to interpret any parable. We look to discover the intent of Jesus to his contemporaries – his disciples and his fellow Jews. The question for each parable is: “How did Jesus seek to change attitudes and behaviours with this parable?”

We must avoid allegorising the parables by turning them into something Jesus never intended for them to be, reading into a parable our own church’s theology. Parables are among the most abused and mistreated stories ever told. They have been twisted, subverted, realigned and psychologized for centuries by pastors and scholars alike, making them mirror theologies Jesus that never intended them to communicate.

Jesus parables have been described as works of art and as weapons of conflict with opponents. His teaching delighted and brought instruction to many while also causing offence to others.

Parables are more than stories. A common definition is that a parable is “an earthly story with a heavenly meaning.” Although there is some truth in this saying, parables are much more than illustrations and although some are concerned with future eschatology, they are not about heaven. They are directed to life on this earth.

Parables are expanded analogies using comparisons and contrasts with the intent of convincing and persuading. They create an imaginary world that reflects reality.

Parables are a form of indirect communication that give a person handles for understanding truth. Through their creativity, they engage our attention and interest then force us to think in fresh ways. Their ultimate aim is to awaken insight, stimulate the conscience (through reflection) and move to action. [A good parable creates distance, provokes and appeals. By creating distance it gives the hearer/reader space to reconsider] Jesus wanted people to stop, reconsider their ways, and change their behaviour. They seek to goad people into the action that the gospel deserves and the kingdom demands.

Direct communication about the kingdom might say, “The kingdom is of supreme value and is worth everything you could give.” The Parable of the Treasure in the Field is double indirect communication in that it does not speak of the hearer/reader or the subject at hand. It uses another person (the one who finds) and another subject (the treasure) to address the hearer indirectly.

The story of the Prodigal and Elder Brother is double indirect communication. It is about a man and his sons, not the hearers/readers, but it uses other people and another subject (their relations) to speak of God, relation with God, and relations among humans. We see this indirection over and over.

Summarized from Stories with Intent: A Comprehensive Guide to the Parables of Jesus by Klyne R. Snodgrass. In my opinion, this is the best book currently available on the understanding parables of Jesus.