Finally, after two and a half weeks of speculation and negotiation, we have a government – a Labor government led by Prime Minister Julia Gillard. Support from a few independent MPs has given Gillard the narrowest of margins. Labor's position on broadband and climate change were influential in the final decision. This has been Australia's first hung parliament since the 1940s. 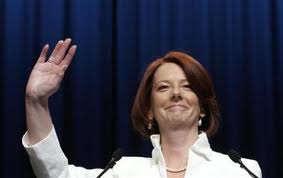 Without doubt, Australia is a divided nation politically and only time will tell how well the new government will perform in leading the nation forward. Labor voters will be pleased with the final outcome while Liberal voters will naturally be disappointed.

Whatever our personal stance politically and however we may have voted, as followers of Christ now is the time to accept the decision that has been made. Like it or not, Julia is our Prime Minister and we have a Labor government. Paul's words to the early Christians have fresh relevance for us today. Remember he was writing during a time when the Roman Empire was in power and Nero was the Emperor.

"I urge you, first of all, to pray for all people. Ask God to help them; intercede on their behalf, and give thanks for them. Pray this way for kings and all who are in authority so that we can live peaceful and quiet lives marked by godliness and dignity. This is good and pleases God our Savior, who wants everyone to be saved and to understand the truth." [1 Timothy 2:1-4. NLT]

Now is the time to continue to be salt and light in our world, showing we are Christ's followers by our love – for all people. Finally, let's remember what God requires of us … "O people, the LORD has told you what is good, and this is what he requires of you: to do what is right, to love mercy, and to walk humbly with your God." [Micah 6:8. NLT]