Parables of the Growing Kingdom (Pt.1) 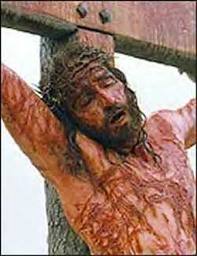 On the day Socrates died (469-399 BC), it was clear that he would go down in history as one of the great philosophers in the Western world, someone who thoughts would be discussed in classrooms and hallways for centuries after he was gone. His contribution to the field of ethics and logic is renown, as is his use of questions in the learning process, now called the Socratic method.

On the day Alexander the Great died (356-323 BC), everyone knew he would be remembered as one of the greatest conquerors of all time, having created one of the largest empires of the world by the age of thirty (ancient Greece). He was never defeated in battle and is considered one of history’s most successful commanders. He founded twenty cities that bore his name, most noticeably Alexandria in Egypt and spearheaded the spread of Greek culture throughout the then known world.

On the day Caesar Augustus died (63 BC – 14 AD), it was obvious that he would go down as one of the great rulers to have ever lived. He founded the Roman Empire and was its first Emperor, ruling from 26 BC to his death in at age 75 in 14 AD. He rebuilt the city of Rome, dramatically expanded the empire, introduced an effective taxation system, built a complex network of roads, an official courier service, and introduced a period of peace (called Pax Romana, the Roman Peace) that would last for more than two centuries.

On the day Muhammad died (570-632 AD), it was certain he was a religious leader whose movement would continue make its mark on the world for centuries to come. He unified Arabia in his time and founded the religion of Islam. He claimed to be a prophet from God and although facing initial resistance, he gathered many followers (over 10,000) and by the time of his death, most of the Arabian Peninsula had converted to Islam.

Leonardo da Vinci (1452-1519 AD), perhaps more than that of any other figure, epitomized the Renaissance humanist ideal and is remembered as a genius. He is widely considered to be one of the greatest painters of all time (Mona Lisa and The Last Supper) and perhaps the most diversely talented person ever to have lived. He was a painter, sculptor, architect, musician, scientist, mathematician, engineer, inventor, anatomist, geologist, cartographer, botanist, and writer.

When Beethoven died (1770-1827 AD), everyone knew he would be seen forever as one of the greatest musical composers to have ever lived. He was a German composer and pianist, remaining one of the most famous and influential of all composers. Near the end of his life, his hearing began to deteriorate significantly, yet he continued to compose, conduct, and perform after becoming completely deaf.

Each of these people’s reputations was immense by the time they died.

In contrast, on the day Jesus died, his tiny, failed movement appeared clearly to have come to an end. All of his most committed disciples had fled, except for a few women. As John Ortberg says in his latest book, Who is this Man?, “No one would have pronounced Jesus ‘Most Likely to Posthumously Succeed’ on the day of his death. From a purely human perspective, the biggest surprise is that Jesus had any influence at all.”

At the time, Jesus seemed to be one of the most insignificant people of history. No one knew at the time that his death (and subsequent resurrection) would become the greatest event in the history of the world. What we know as the greatest event in the history of the world was the most greatly under-estimated event in the history of the world. As R.T. Kendall says, “If you had been at Golgotha on Friday, 2,000 years ago, there were no CNN cameramen there, no one from Time magazine saying, ‘This is history in the making. We are privileged to witness this moment!’ At the time, it seemed to be nothing more than a very tragic, sad event that signalled the hopes of many people had come to an end. Jesus was hanging on a cross, and the mob was saying, ‘He saved others … but he can’t save himself!’”

People at the time of Jesus had all sorts of expectations about what God was like and how the kingdom of God would be established on earth. Most expected the kingdom to come in a sudden, spectacular and powerful manner – an all in one moment of sweeping reform … BUT it wasn't going to happen that way … Jesus knew it and he frequently took time to explain to his followers that it would be different, so that they would understand too.

Let’s look at one of those moments …

Luke 13:18-21. Then Jesus asked, “What is the kingdom of God like? What shall I compare it to? It is like a mustard seed, which a man took and planted in his garden. It grew and became a tree, and the birds perched in its branches.” Again he asked, “What shall I compare the kingdom of God to? It is like yeast that a woman took and mixed into about sixty pounds of flour until it worked all through the dough.”

Luke tells us that Jesus spoke these words right after healing a woman bound by sickness for 18 years (Luke 13:10-17). This is one seemingly insignificant event – Jesus changing the life and future of one woman, in one synagogue, on one Sabbath day. What can this really achieve? Jesus believed that even small events like this in local communities were signs that Satan’s power was ending and the kingdom was appearing. Yes, the kingdom is present even in this seemingly inconsequential act of restoration of a sick ill woman who lived on the margins of society.

Jesus loved visual education and especially teaching from the scenes and activities of everyday life. He took familiar things and used them to teach the unfamiliar. Here he takes an agricultural example of a man planting a seed and a baking example of a woman making some bread. Both of these were common parts of daily life in first century Palestine and therefore those in his audience would have easily identified with both of these illustrations.