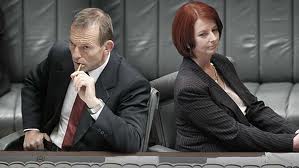 The Australia federal election is just under two weeks away (Saturday, August 21st). Every election is a very important time in any nation and as followers of Christ we should take our responsibilities as citizens seriously. Voting is a privilege and we should be diligent in our research of each candidate and the various political parties vying for our support.

The Australian Christian Lobby has done us an excellent service by compiling the various viewpoints of each party on a wide variety of issues. See their web site here, which includes a recent interview of Julia Gillard who was not the Prime Minister at the June 21st Make it Count event in Canberra, when the Opposition Leader Tony Abbott and the then Prime Minister Kevin Rudd addressed church leaders from across the nation.

In addition, be aware that each voter gets two votes … one for the House of Representatives and one for the Senate. The Senate vote does not determine whether Labor or Liberal win government but rather who holds the balance of power in the Senate (for instance, that is how Steve Fielding from Family First became a Senator at a recent federal election with only a small percentage of the overall vote).

Please make an informed vote and let's continue to pray for our nation of Australia, a country filled with opportunity for the church to be the hands and feet of Jesus.

8 thoughts on “Preparing to Vote …”