Sugar – Why We Can’t Resist It 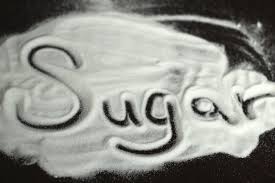 A recent National Geographic article by Rich Cohen entitled Sugar Love – a Not So Sweet Story reveals that the average can of soda (everything from cola to ginger ale) contains around 10 teaspoons of sugar. Not only that, the average American eats around 22.7 teaspoons of sugar a day – without even dipping into the sugar bowl, due to the amount of sugar in processed foods.

Excessive sugar isn't just extra calories, it's toxic. The article goes on to say that most Westerners are fat because they eat too much and exercise too little. But they eat too much and exercise too little because they are addicted to sugar, which not only makes them fatter but, after the initial sugar rush, also saps their energy, beaching them on the couch. The reason most people watch TV is not because TV is so good but because we have no energy to exercise, because we are eating too much sugar.

An injection of sugar into the bloodstream stimulates the same pleasure centers of the brain that respond to heroin and cocaine. In this sense, sugar is literally an addictive drug.

A good reason to fast … and pray.