The Death of Osama bin Laden 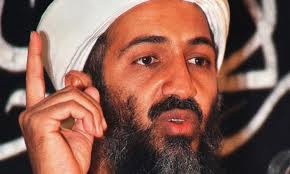 The biggest breaking news of this week has been the killing of Osama bin Laden, the self-confessed orchestrator of the September 11th terrorist attacks on the USA. The execution was carried out by a US Navy SEAL team and watched by a American national security team, including President Obama, via video.This has been the culmination of a 10-year military project of tracking down this terrorist leader.

Response to this news had been wide and varied … jubilation, relief, sorrow, as well as fear of increased in terrorism.

Here are a few quotes:

How should a follower of Christ respond to news such as this? Many Christians aren’t sure (click here for recent article on this).

On the one hand, justice is important and it is appropriate for governments to protect people from evil-doers, such as terrorists (Rom.13:1-5). On the other hand, we should never rejoice over the death of anyone, including the wicked. Ezekiel says it well …

“As surely as I live, says the Sovereign Lord, I take no pleasure in the death of wicked people. I only want them to turn from their wicked ways so they can live.” Ezek.33:11.

As Christ-followers, we are also called to love and pray for our enemies, to turn the other cheek and to seek to overcome evil with good. Violence only begets violence. We are called to be peace-makers. Love alone has power over all.

4 thoughts on “The Death of Osama bin Laden”