The Purpose of Lent 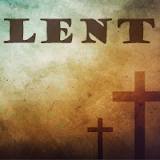 Tomorrow is Lent, an important part of the liturgical year for many Christians, lasting approximately six weeks leading up to Easter Sunday. The traditional purpose of Lent is the preparation of the believer through prayer, repentance, generosity and fasting (or the giving up of certain types of luxuries). You may want to consider committing yourself to this journey as the next step after our own 14 day period of prayer and fasting.

YouVersion has put together a Lent For Everyone Reading Plan. Lent for Everyone is a devotional created and written by N.T. (Tom) Wright. For each day of Lent, there is a reading chosen from the Gospel of Matthew, plus a reflection by Wright. These readings have grown out of a project encouraging Lent reading in Northern England.

Most people are more likely to follow through on their good intentions when they share the experience with others. As you're reading each day, you might reflect on one or two verses that really speak to you, and share them with your friends on Facebook and Twitter. Also, we improve our chances of finishing what we start when we invite others to hold us accountable. Consider signing up to send reminder emails to yourself and a friend to track your progress through your Reading Plan. Simply sign in at YouVersion.com, go to your Reading Plans, select a plan, select Plan Overview, and then go to the Accountability tab. Just fill in a few simple blanks and you'll have an accountability partner. Of course, you can turn off reminder emails at any time, just as easily.

Why We Need Lent - by Canon J John [Guest Post]

This Wednesday is what is called Ash Wednesday in the church calendar and it marks the start of the forty-day period of Lent that runs up to Easter Day. There is a longstanding tradition and practice that some Christians follow of fasting during Lent. The principle is that during this period you voluntarily deny yourself something such as chocolate or alcohol – or even Facebook or television. It has to be something that you like (there is no merit in giving up something you dislike!) and it has to be something good; after all, if it’s bad you ought to give it up permanently, not just take a break from it. Now this whole idea strikes many people today as bizarre or even medieval.

On reflection, it seems to me that the idea of Lent and fasting has never been more needed. The reason is quite simply this: our modern culture is utterly fixated not simply on having things, but on having them now. The result is any number of messages in advertisements and the media encouraging us not to save, but instead to buy what we want on credit and have it immediately. This obsession with the instantaneous and immediate can be seen in almost every area. We want instant food (long live the microwave), television programmes when we want, instant messaging, real-time meetings (even if they end up being virtual) and instant downloads of music, films or books. We don’t ‘do’ waiting anymore. Whether it’s food, pleasure, sex or possessions, we expect to have them all now.

Yet there is something very dangerous about this demand for ‘instant gratification’ and it’s not just Christians who say so. The reality is that all good things (and food, pleasure, sex or possessions are exactly that) are truly at their best only when they are taken at the right time. Deliberately delaying a pleasure (and that’s what fasting in Lent is all about) is actually a wise thing. The ability to postpone our gratification may actually be critical to making us fulfilled human beings. After all, if you want your pleasures now, you are really going to struggle with things like learning to play the piano or acquiring a foreign language where it may be months before you can tap out that tune (which I discovered!) or engage in a meaningful conversation on holiday.

To decide to postpone a pleasure may even have been fundamental in making the human race what we are. Some people point out that the greatest breakthrough in history was when people realised that instead of eating grains of wheat or rice it was a far smarter thing to plant them and wait a few months until the crops sprang up. That discovery of cultivation allowed settlements, farms and ultimately civilisation to flourish. The ability to postpone taking something good and desirable is something that has continued to play an important part in culture. The Industrial Revolution came about because people (mainly Christians) decided that rather than spending their money on instant pleasure they would invest it in industries for long-term gain.

It’s not just history that teaches us about the disadvantages of instant gratification; there is also some hard psychological evidence on the subject. The ‘Stanford Marshmallow Experiment’ (you can Google the phrase for the details) is fascinating. In summary, what happened was this. In the early 1970s a group of four-year-old children took part in a psychological study. Each child was given one marshmallow and promised that, if they could wait twenty minutes before eating it, they would be given a second one. Some children could wait the twenty minutes and others couldn’t. Records were kept and sixteen years later the university researchers revisited the children and found that those who had been able to delay eating were scoring significantly higher in academic tests. The ability to say ‘no, not now’ seems to be vital to both civilisation and education.

With this in mind you can see where Lent fits in. By helping us learn to say ‘no, not now’ it teaches us self-control and an expectation and an anticipation of what God may reveal to us; Lent isn’t just a human exercise but a sacred discipline.
Agapé,
Revd. Canon J.John