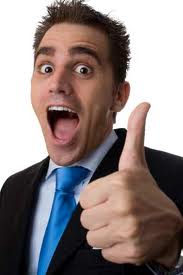 A newly-hired travelling salesperson sent his first sales report to the home office. It stunned the management in the sales department because it was obvious that the new salesperson was ignorant and uneducated. This is what he wrote:

"I seen this outfit which they ain't never bot a dim's worth of nothin from us and I sole them some goods. I'm now goin to Chicawgo."

Before this man could be given the heave-ho by the sales manager, along came another report from Chicago:

Fearful if he did, and afraid if he didn't, fire the ignorant and uneducated salesperson, the sales manager dumped the problem in the lap of the president. The following morning, the ivory-towered sales department members were amazed to read a company-wide message from the president:

"We ben spendin two much time trying to spel instead off trying to sel. Let's watch those sails. I want everyone should read these reports from Gooch who is on the rode doin a grate job for us and you should go out and do like he done."

Obviously, any sales manager would prefer a salesperson who can both sell and spell – however, there's no substitute for getting results.

[Story from John Maxwell's book Developing the Leader Within You, p.26-27]

2 thoughts on “The Travelling Salesperson”