What Season Are You In? 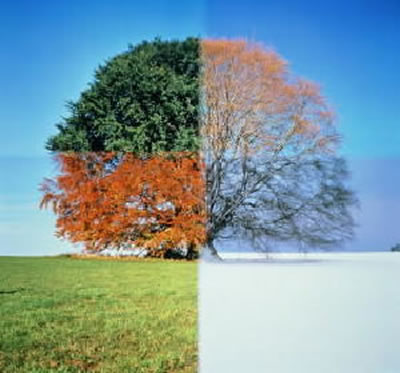 Right now it is autumn here in Australia and I love it. The spectaular colours of the leaves display the creativity of our amazing God. Seasons – God created them. He told Noah: "As long as the earth endures, seedtime and harvest, cold and heat, summer and winter, day and night will never cease (Gen.8:22)." Later on, Solomon noted that, "There is a time for everything, and a season for every activity under the heavens … (Ecc.3:1)"

Verteran pastor Bill Hybels wisely notes that every church and organisation goes through various seasons and that the leaders job is to discern the season, name it, and work with what God is doing. Here is an excerpt from his blog post about this subject.

I’m in and out of local churches nearly every week, and I love to test leaders’ organizational awareness by asking a straightforward question: “What season are you in as a church?” The most perceptive leaders I know fire back an answer to that question without batting an eye: “We’re in a growth season right now,” or “We’ve been on a plateau for far too long, and people are getting frustrated,” or “We’ve run our volunteers ragged and probably need to slow the pace and let people catch their breath,” or “We’ve gone through more change cycles in the past ninety days than should be legal, but things are finally starting to settle out a bit.” A key responsibility of the leader is to know what season the organization is in, to name it, and then to communicate the implications of that season to his or her followers.

This leadership-seasons idea traces back to Ecclesiastes 3:1, which says that “there is a time for everything, and a season for every activity under the heavens.” Most leaders nod consent at that line of thinking but simultaneously neglect to tell their followers what season they’re in! And based on my experience, people sitting in your organization will have no clue what season they’re in unless you tell them. Do yourself and those you lead the favor of learning to spot the changing of the seasons in your environment. When you see growth bloom or transition hit or feel the icy days of malaise descend, draw attention to the shift. Give voice to the realities of that season. Assign appropriate language to it, designate helpful parameters to succeeding within it, and confidently offer solutions for moving through it. You’re always in a season, leader. It’s your role to know which it is and what to do about it.

What season are you in right now? It is a season of growth or of consolidation? Is it a season of decline or maybe of transition? Or could it be a season of re-invention? The things you have been doing have brought you to where you are today but they may not take you to where God wants you to be. Pray and ask God about this and talk with others on your team. What season are you in personally? Once you discern the season, work with God is up to and believe for God to finish the great work he has begun in you and your community.

P.S. For some more thoughts on growing strong in the various seasons of life, click here.