“Who is this Man?” by John Ortberg 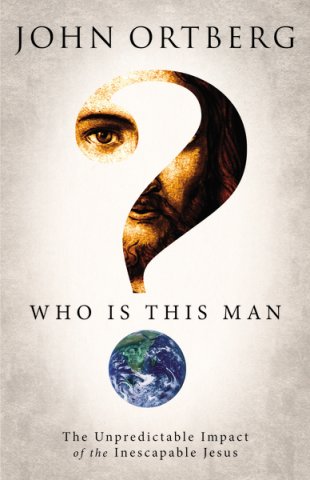 With over 1,500 new books about Jesus being published every year, why read another book about Jesus? John Ortberg's latest book Who is this Man? The Unpredictable Impact of this Inescapable Man is well worth reading as it gives us a fresh and inspiring look at Jesus and his impact on history.

New Testament scholar and historian N.T. Wright says this about it: “One of the big lies of our time
is that Christianity has been part of the problem rather than the source of the
solution. Most people today don’t realise that things we now take for granted,
like education and health care, were reserved for the rich elite in the ancient
world until the Christians insisted on providing them for everyone within
reach. Many imagine that Christianity was bad for women, whereas early Christianity
provided the biggest transformation of attitudes to women the world had ever
seen … The impact of Jesus on the whole world, even when his followers have
been muddled or misguided, towers breathtakingly over all human achievement. This
book provides enormous encouragement both to celebrate what Jesus’ followers
have done in the past, and to stimulate a fresh vision of our mission in the
future. And, above all, to be amazed and awed once more at Jesus himself, who
lived, died, and rose to launch such a transformative vision.”

On the day after Jesus’ death, it looked as if whatever
small mark he left on the world would rapidly disappear. Instead, his impact on
human history has been unparalleled. Consider the impact of Jesus on history. Most people –
including most Christians – simply have no idea of the extent to which we live
in a Jesus-impacted world. From the existence of hospitals to the notion of
universal human dignity and rights to the prizing of virtues like humility and
forgiveness, our lives are simply unimaginable apart from his life.

In the ancient world, children
were commonly left to die of exposure if they were the wrong sex (guess which
one), or sold into slavery and often used sexually. O.M. Bakke, a Norwegian
church historian, has written that Jesus’ blessing of children – and his using
them as an example to be spiritually emulated – was essentially unprecedented,
and led to the eventual end of practices like expose and infanticide, as well
as to such innovations as orphanages and godparents.

Through
Jesus, the truth prized in Israel that every human being is made in the image
of the one true God became accessible to the entire world. It’s not simply
Jesus’ teaching that fuelled people’s moral imagination. It was his ceaselessly
courageous embrace of lepers and prostitutes, of Samaritans and soldiers and
sinners, of tax collectors and zealots that fuelled the world first’s movement
that sought to include every individual regardless of ethnicity and status. The
philosopher Nickolas Wolterstorff argues that the modern embrace of human dignity,
rights, and justice, is built upon this Judeo-Christian foundation.

Jesus’ impact extends into such diverse areas as
architecture and the calendar system … From a purely human perspective, the
biggest surprise is that Jesus had any influence at all. Normally, if someone’s
legacy will outlast their life, its apparent when they die. On the day when Alexander
the Great, or Caesar Augustus, or Napoleon, or Socrates, or Muhammad died,
their reputations were immense. When Jesus died, his tiny, failed movement
appeared clearly at an end. No one would have pronounced Jesus “Most Likely to
Posthumously Succeed” on the day of his death.

I highly recommend this book! It unpacks the truth of One Solitary Life for a new generation.