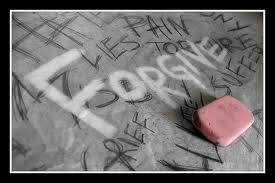 Dr Robert Enright was called the forgiveness trailblazer by Time Magazine. He is the unquestioned pioneer in the scientific study of forgiveness. He is a Professor of Educational Psychology at the University of Wisconsin-Madison, a position he has held since 1978. He is co-founder of the International Forgiveness Institute, a non-profit organization dedicated to the dissemination of knowledge about forgiveness and community renewal through forgiveness. He is a licensed Psychologist. He is the author or editor of 4 books, and over 80 publications centered on social development and the psychology of forgiveness.He has undertaken

In his book Forgiveness is a Choice Dr Enright outlines substantial anecdotal evidence and credible scientific studies which show that forgiveness improves the psychological well-being of those who forgive. For example, he refers to R.C Hunter, a Canadian psychiatrist who reported that people with a wide variety of psychological symptoms can experience healing through forgiving. Hunter found that those who are anxious can experience an increased inner peace through forgiveness. Those who are depressed, intensely angry, or even paranoid have shown significant reductions in these symptoms (208-17). Similarly, Morton Kaufman, an Israeli Psychiatrist found that genuine acts of forgiveness lead to an overall improvement in a person’s emotional maturity (229-38). Following pioneering work in the use of forgiveness therapy, Richard Fitzgibbons, a Pennsylvanian psychiatrist observed that when a person forgives fear is reduced. He attributes this to a reduction in guilt for their unconscious violent impulses (238-47).

Dr Enright has been involved in a number of controlled scientific experiments where a group of volunteers who have been educated in forgiveness processes are compared with another group who initially were not. Dr Enright and his colleagues were able to demonstrate that people who take time to go through the forgiveness process are psychologically healthier. For example, Suzanne Freeman and Enright studied 12 woman aged 24-54 who were incest survivors. Three were married, four were divorced, and five were single. Four had full-time careers, one worked part-time and two were full-time college students, the rest combined schooling and a career. All were anxious, depressed, and suffering from low self-esteem when they entered the program. None had forgiven the perpetrator. Dr Freedman randomly assigned six of the woman to spend one year working on forgiving the perpetrator with the help of a trained facilitator. The other six received no instruction on forgiveness. All twelve were given a battery of psychological test before and after the program. Those in the initial forgiveness group improved significantly. Before the forgiveness process they had been on average moderately psychologically depressed. After the program, they were on average not depressed at all. Their anxiety levels decreased and their sense of hope in their future increased. All six were able to forgive the perpetrators. One visited her father grave for the first time. Another visited her father in hospital and helped with his care. When he died she was grieved, but she is convinced she would have been devastated if he had died before she had forgiven him.

Following the initial 12 months the group who had not been through the guided forgiveness process were taken through a 14 month process of one to one forgiveness coaching. At the end of this time all 12 woman including the first and the second group showed substantial improvements in psychological well being. The researchers claim that no other documented treatment programme for incest survivors has to their knowledge produced such positive results (274-83).

A similar study was conducted by Cathy Coyle who now lectures in psychology. She worked with ten men ages 21 to 43 who all expressed unjust hurt at abortion decision of their partner. All were single at the time. Following a similar one-to-one educational process in forgiveness all the men were able to forgive and showed evidence of substantial psychological healing.

Graduate student Kristy Ashleman, in a study of 30 divorced woman, observed that those who forgave their former spouse were more emotionally healthy than those who chose not to forgive. The forgivers had a higher general sense of well-being and lower anxiety and depression.

In 1991 a Gallup poll was taken in which 83% of more than 900 respondents reported that they needed God to help them forgive. Dr Enright reports a similar consistent experience in his studies of forgiveness.

Enright outlines a four phase process with twenty guideposts that can be helpful in the journey of forgiveness..

Phase One – Uncovering Your Anger

“To forgive you must be willing to examine how much anger you have as a result of someone else unfairness to you. Realizing you are angry can be very painful but forgiveness is not about pretending that nothing happened or hiding from the pain. You have suffered and need to be honest with yourself about the suffering.” Enright suggest these eight questions help uncover the depth of anger that we may not be acknowledging.

1. How have you avoided dealing with anger?

2. Have you faced your anger?

3. Are you afraid to expose your shame and guilt?

4. Have your anger affected your health?

5. Have you been obsessed about the injury or the offender?

6. Do you compare your situation with that of the offender?

7. Has the injury caused a permanent change in your life?

8. Has the injury changed your world-view

“Forgiveness requires a decision and a commitment.” Because this decision is such an important part of the process Enright breaks it down into three parts:

1. Decide that what you have been doing hasn’t worked

2. Be willing to begin the forgiveness process

“Simply making a decision to forgive is not enough. People need to take concrete actions to their forgiveness real. This phase culminates with the giving of a moral gift to the one who hurt you.

4. Give the offender a gift

“Unforgiveness, bitterness, resentment and anger are like the four walls of a prison cell. Forgiveness is the key that opens the door and lets your out of the cell. What will you find when you get outside? Once outside the prison, the majority of people are changed and discover greater happiness, meaning and purpose in their life. A final part of the process is reflecting on how we have been changed. What meaning and purpose have we discovered?

1. Discover the meaning of suffering

2. Discover your need for forgiveness

3. Discover that you are not alone

4. Discover the purpose of your life

5. Discover the freedom of forgiveness

[Summarised by my friend, Andrew]