Differences between Men and Women 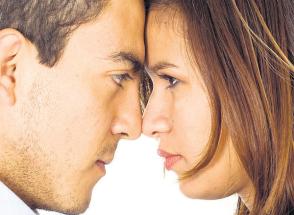 There are lots of similarities between men and women … and also lots of differences (far beyond the fact that men can't get pregnant). Here are a few that I have read about (and yes, there are exceptions to every one of them!):

1. The average man has 6 items in his bathroom – a toothbrush, tooth paste, shaving cream, razor, soap, and a towel from Holiday Inn. The average number of items in the typical woman's bathroom is 437 – the vast majority of them totally unidentifiable by most men.

2. Apparently, women don’t think about sex as much as men (an average of 33 times a day according to one researcher).

I believe that God created men and women differently – on purpose. His intention was to enhance our lives not to mess them up. Both men and women need to educate themselves so that they understand each other better. Both men and women were created in the image of God and both are required to reflect God's nature accurately. Love, respect and appreciate the opposite gender and treat them as partners in life and ministry.

2 thoughts on “Differences between Men and Women”